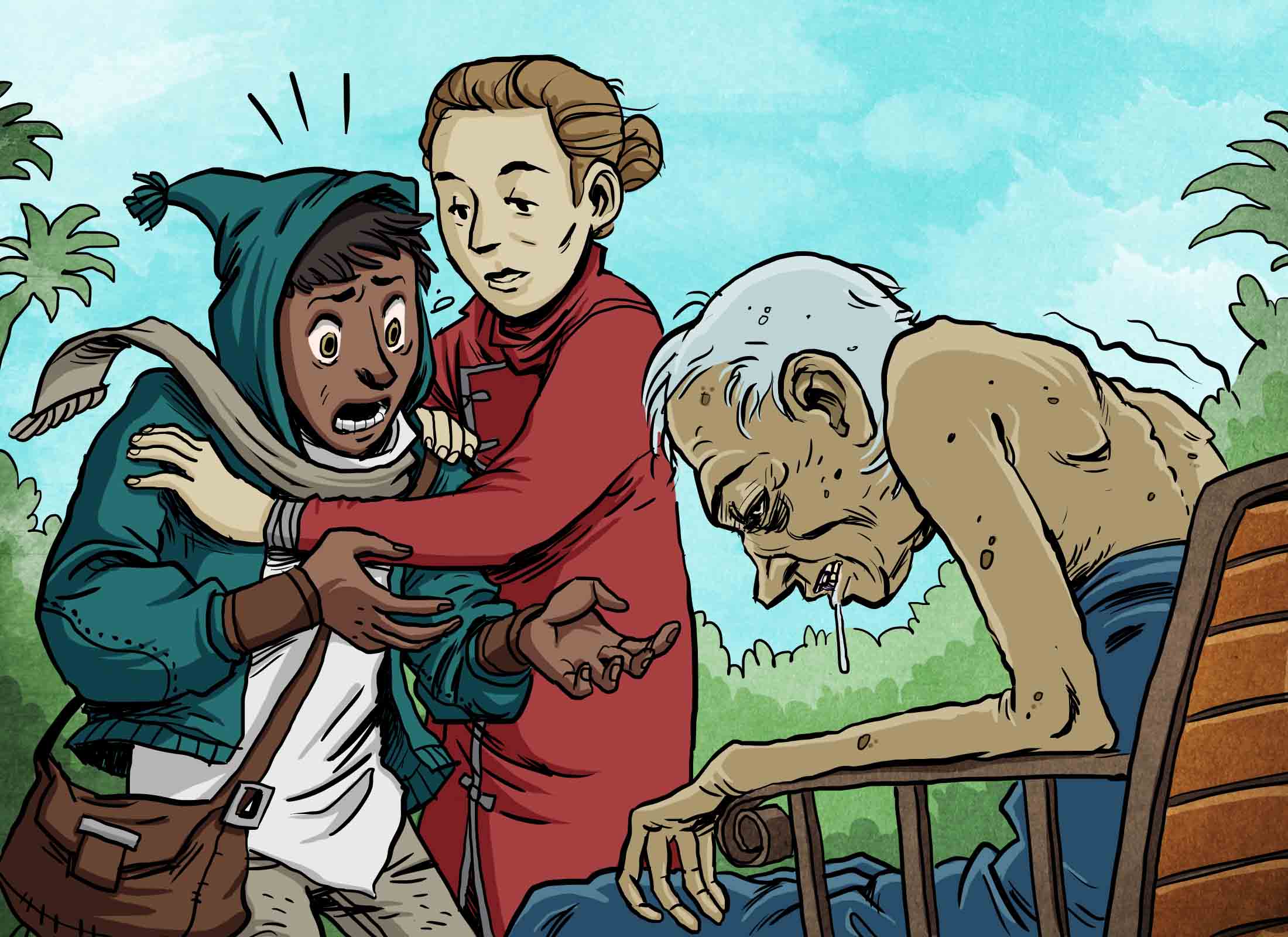 Your mind is whirling. No standards? Everything is relative? Does that mean anything goes? Just as you are about to pepper Protagoras with more questions, you are startled from your own thoughts. On a bench you see an emaciated, elderly man who is clearly on death’s door. “Quickly,” you scream to Protagoras, “we must help. Bring some food and water.”

But Protagoras just looks at the man and shrugs. A woman approaches and asks you, “Is everything all right? I heard you yelling.”

“No, everything is not all right,” you exclaim. “That poor man needs our help. We must do something.”

“Actually,” the woman explains, “that man belongs to a nomadic clan. In his society, food and resources are scarce. Therefore, the elderly who can no longer contribute to the wellbeing of the clan are left to starve. This practice is accepted in his culture, and therefore it is ethically permissible.”

“But you are going to just let him starve? That is not right,” you argue.

“Actually, it is acceptable; that is one of their folkways. Cultural relativism teaches that the doctrine of moral right and wrong varies from society to society, and there are no absolute moral standards that bind people of different cultures. If the majority of people in a clan or society believe something is ethical, then that belief or action is morally correct. Take my work for example. I am Ruth Benedict, and I am an anthropologist. In my ethnographic studies, I have encountered a number of diverse cultures each with their own ethical standards. Each culture is correct in its own way. We must be tolerant of others. Here is a copy of some of my studies if you want to leaf through them.”

The idea of tolerance strikes a chord with you. Societies should be tolerant and accepting of others, but when put into practice, it doesn’t seem right. An elderly man should not be left to die in a moral society. As you look through the articles Benedict handed to you, you notice that she has extensively studied the Pueblo communities in New Mexico. You decide to test her theories. “So, if one of the elders from the Pueblo who provided much of your data is left to die by a village vote, you would allow this?”

“Well, that would not happen in the Pueblo,” comes the reply.

“But what if it did happen? And what if you know this gentleman like your own father. You would stand by and do nothing?”

Dr. Benedict seems taken aback by the question and is silent in thought. “We must be tolerant,” she murmurs.

The bushes across the fence rustle and a booming voice across yells, “The problem is that relativists only value tolerance when it is relevant to a particular culture. Even tolerance is relative to you. That is nonsense!”

On the other side of the fence a man is pruning a rose bush. “Excuse me,” you say to Dr. Benedict who is still lost in thought, and you go through the garden gate.